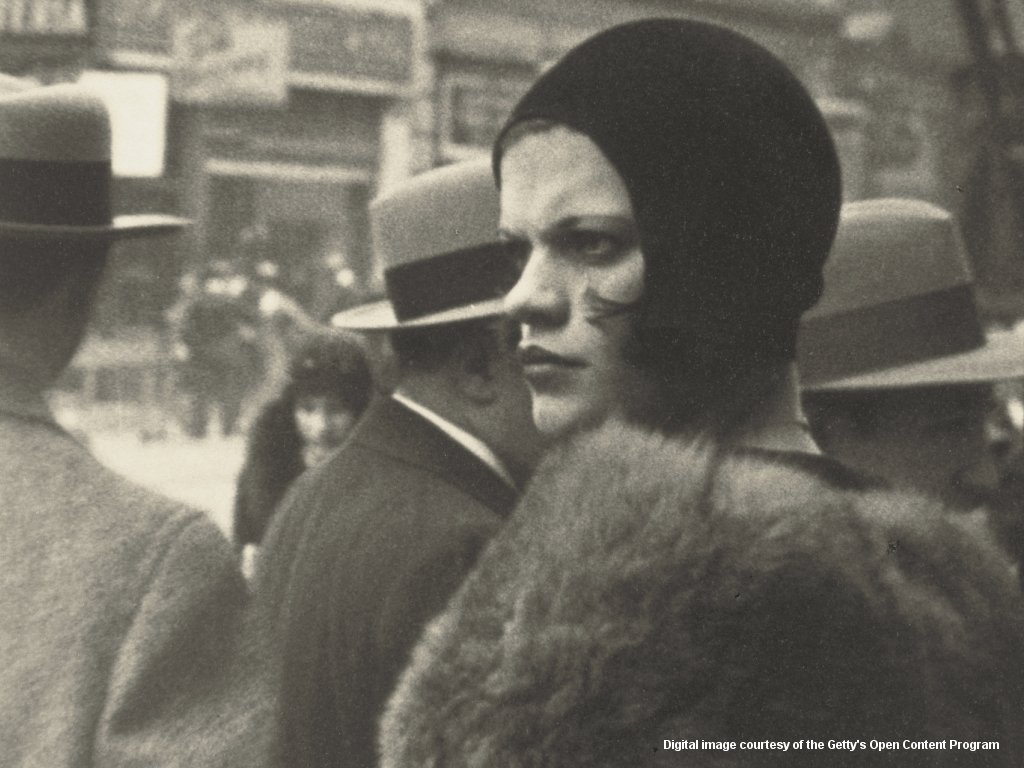 No.   Sandra Bernhard’s twin?   No again.  “Girl on Fulton St., New York” taken by famous photographer Walker Evans in 1929.   But the joke makes the point: always write with a star or actor in mind.   The reasons for this are simple.   First, it’s smart business.   If you tailor a character within reach of an actor’s type, age and range, then it makes your screenplay all the more marketable.   You can say, “this part is for Matt Damon” and agents, execs, producers or even Matt Damon himself will get a little assist in imagining your movie.   And make no mistake—every screenplay out there, unless written by an established A-list writer, needs that kind of help.

It’s a terrible paradox, but in a business where no one works without your work—a script—no one really reads.  Getting someone to read your script is arguably as difficult as writing one.   Maybe folks are too busy, maybe in our rapid-fire age they’re out of the habit, or maybe they’ve just gotten lazy.   More often than not, you’ll be asked for a synopsis or a treatment or a “one-pager” for them to get the essence without actually having to spend the hour or two it takes for a good read.   But as you probably know, that treatment is never as good as the actual script.   So if you have a good pitch, including “it’s written for Matt Damon” (or choose your star), then you can bring them that much closer to imagining what you are seeing when you write.   Because of the culture of fear that pervades Hollywood, everyone’s in the business of saying “no”.   Give them a reason to say “yes”.

There’s another good reason to write with a star in mind, and it pertains to pure craft.   If you write for specific actors, then you make your characters that much more specific—their timing, their manner of movement and speech, and generally, just how they “feel” up on screen.   Writing in episodic television for recurring characters taught me this lesson.    Once you internalize an actor’s “voice”, it becomes that much easier to put the best possible version of that character on the page.

And don’t get me wrong: I’m not saying it’s easy.   Nothing about this is easy.   But that’s not why we do it.